They call it White City and landing at the international airport, we caught the view of high rises in the modern downtown and the densely packed houses of the old city.

Casa Pestagua, an oasis of calm in the hectic street life of the walled city, as the old town is called, is a restored palace with sumptuous patio and large nicely decorated rooms. The city was founded in XVI centur and its first name was Cartagena de Indias, named after Cartagena, Spain, which itself was named after Carthage in Tunisia. 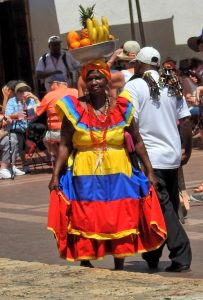 The first day we stayed in the city, roaming streets in between hoards of tourists spitted out by cruise ships and street vendors selling jewelry, hats, paintings, clothes, sweets. We visited Palacio de la Inquisición, and we were happy to learn that instruments of torture, the main morbid attraction of the museum were removed in 2015. In addition to the history of inquisition in the New World, the museum also covers history of Colombia. In the afternoon, we stopped by the Museo del Oro Zenu, which somewhat rides on the fame of Museo del Oro in Bogota.

The second day, we rented a boat for a day trip to Islas del Rosario. Warm water, sandy beaches, it reminded me of Bahamas. We had lunch under a tree in Gente de Mar resort.

The flight to Bogota was uneventful except for the arrival. I filed for 11,000 and half way through requested and got 15,000, to stay VMC over undercast. Bogota El Dorado (SKBO) international airport does not accept General Aviation, so our destination was Guyamaral (SKGY), a VFR-only field 9 miles to North-West. However, a cloud deck made it impossible to cancel IFR early and we ended up flying the arrival and approach to SKBO, before breaking off at the FAF. 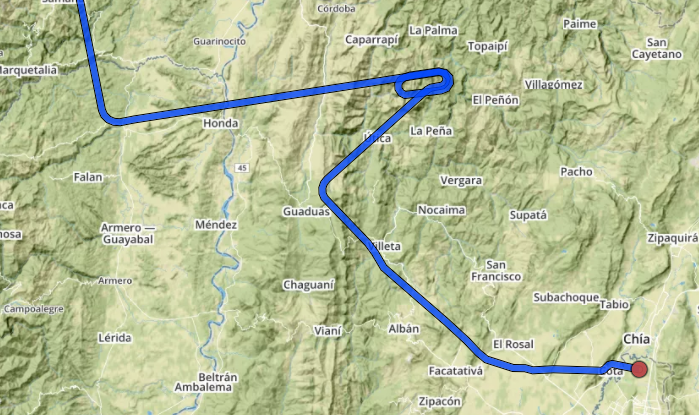 This is VULAM 3D arrival, which follows W6 from Mariquita VOR. Arriving at VULAM, I was instructed to hold as published and after three turns in hold. got vectors to join ILS Z 13L. Finally, at BOG VOR, we broke out, still at 12,000 and were able to proceed visually to Guyamaral. The airport is at 8,400 feet, so there wasn’t much altitude to loose. This is the second time in all my flying that I get a real hold, first time was 12 years ago in Alaska.

At Guayamaral we are hosted by Aeroclub de Colombia, which operates at the airport. It is a beautiful setting, there are a lot of airplanes, there is a flying school, a restaurant and maintenance facility. Our friend Karel arranged for a wonderful welcome, we could meet local pilots and share flying stories.