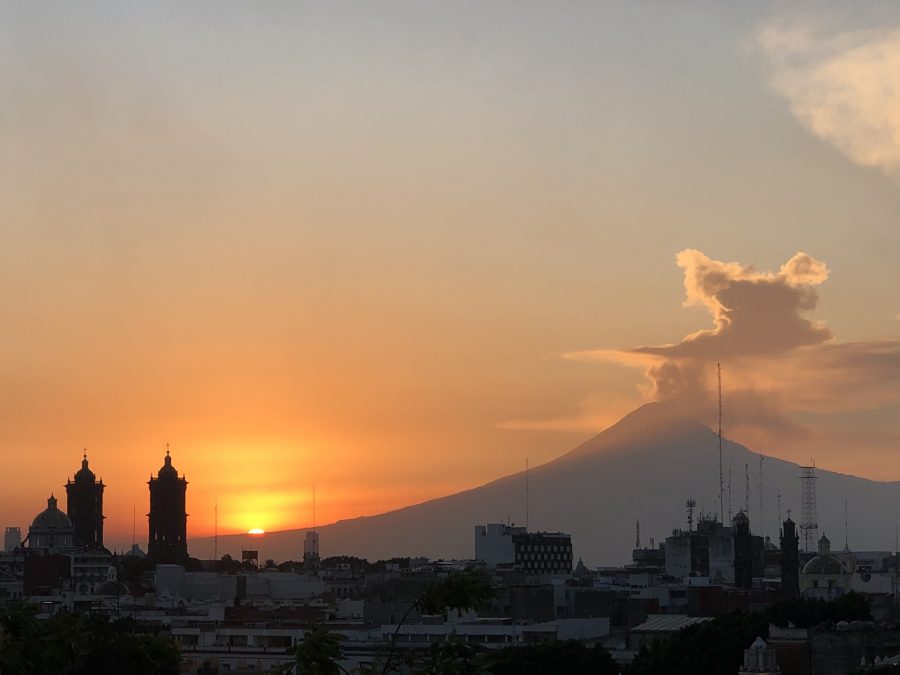 This was already the 7th COPA trip to Mexico. This year, with a trip name México diverso we chose three very different locations, the description is under the link above.

The group met in Tucson, Arizona on Saturday 2/15/2020 for a dinner and departure to Ciudad Obregon on Sunday morning. Tucson is normally a rather quiet class C airport, but we choose to depart at the same time as the morning airline rush hour. Twelve Cirrus airplanes calling clearance and ground created lot of confusion.

I sent all the required documents ahead of time to the Commandante of Ciudad Obregon airport and when we arrived, multi-entry permits and flight plans were ready. We were in an out under an hour – for 12 airplanes – what a change compared to the mess last year in Oaxaca.

After 20 minutes flight, we all landed in Alamos and settled in Hacienda de los Santos for well deserved margaritas and roof top party before dinner. Dinner at the Hacienda is always magical, with live music, beautiful tables and great food.

The following day, those who didn’t fly it before, went for a Copper Canyon flight. Barranca del Cobre consists of six distinct canyons in the Sierra Madre Occidental. The overall canyon system is larger and portions are deeper than the Grand Canyon in Arizona. The canyons were formed by six rivers which drain the western side of the Sierra Tarahumara. All six rivers merge into the Rio Fuerte and empty into the Gulf of California. The walls of the canyon are a copper and green color, which is where the name originates.

In the afternoon, I had a talk about our flying in Africa and the infamous fuel cap and Jim gave his great tequila class, always a favorite.

The next leg was about 760 nm to Puebla, which was putting us at the edge of the range, considering that we already burned about 7 gallons coming from Cd Obregon. While it would be possible to do that flight non-stop, it is always better to be conservative when flying in Mexico, so we split the group in two halves. Those who flew Copper Canyon, flew to Durango and those who didn’t, to Zacatecas to refuel. Since refueling and paperwork is done serially, processing all 12 airplanes would take too much time if we all went to the same place.

I refueled rather quickly and got the flight plan filed first, but when we got back to the airplane and tried to start the engine, we were in for an unpleasant surprise. Zero fuel flow. All the tricks and methods for dealing with hot starts that I knew didn’t have any effects. We started to think that we might need to spend the night (or more) in Zacatecas. Finally, after 1.5 hours, fuel lines cooled enough so that the fuel condensed again and the engine started. Our electric fuel pump was recently replaced and I suspect this had a lot to do with that, plus the fact that Zacatecas is at 7,200 feet and it was 20 deg C.

There was a SIGMET around Puebla for volcanic ash due to volcano eruption, but it turned out to be less severe than anticipated. While the visibility was reduced due to smoke, it didn’t create any flight difficulties.

The next day we set up to explore the city with a visit to Capilla del Rosario located in Iglesia de Santo Domingo, which is considered a jewel of Mexican baroque. Its construction dates back to the 17th century and is the first in Mexico dedicated to Our Lady of the Rosary. The sumptuous decoration onyx, gilded plaster, paintings and tiles lined with 22-carat gold sheets, make the chapel a unique property of its kind, which has been considered the eighth wonder of the new world and named as reliquary of America by Pope John Paul II in 1979.

We continued to the Cathedral on the Zócalo. Built piecemeal over almost two centuries, beginning in 1575, the church has an unusual altar and magnificent choir stalls with Moorish-inspired inlay.

Biblioteca Palofoxiana – gorgeous 17-th century library, designed to rival Europe’s greatest, is recognized by the UNESCO for being the first and oldest public library in Americas. It has more than 45,000 books and manuscripts, ranging from the 15th to the 20th century. In 2005, it was listed on UNESCO’s Memory of the World Register.

The last morning stop, Museo Amparo‘s permanent collection traces Mexico’s development over its history. It has one of the most important collections of pre-Hispanic, colonial and modern art in Mexico, with dates of pieces ranging from 2,500 BCE to the present day. The museum is housed in two colonial-era buildings that date from the 17th and 18th centuries, which were popularly known as the Hospitalario.

After another exquisite mole at El Restauro, we boarded the bus to drive to Museo Internacional del Barocco, which is housed in an iconic building designed by acclaimed Japanese architect Toyo Ito and which opened in February 2016. The museum presents art and culture of the Baroque age (from the early-17th century to the late-18th century) in European and Latin American societies.

The next day we drove to Cholula and started our visit at the Church Santa María Tonanzintla. Its name comes from the Nahuatl word Place with our Lady Mother. This is one of the most viewed churches in Puebla for its indigenous Baroque or New Hispanic baroque style, consisting of an exuberant indigenous decoration; angels with feather tufts, with flower garlands, with horse attire Eagle and with fruits and plants, the church is a splendid mixture of pre-Hispanic and Christian influences.

Cholula main point of interest is the Great Pyramid with the Nuestra Señora de los Remedios sanctuary on top. At first glance, the pyramid looks like a hill as most of it is overgrown. The south side of the pyramid has been excavated and there is a network of tunnels inside, we walked part of it. Building of the pyramid began in the pre-Classic period and over time was built over six times to its final dimensions of 390 ft on each side at the base. This base is four times the size of that of the Great Pyramid of Giza and is the largest pyramid base in the Americas.

After lunch in a local whole-in-the-wall eatery, the bus drove us back to the airport. This is the first time I experienced a true a**hole Commandante. The guy refused to take our printed flight plan, because he needed four copies and not one, refused to copy it and refused to give us blank forms to hand-write flight plans. I had a bunch of blank forms exactly for such just-in-case situations and we managed to file our flight plans to Zihuatanejo.

Arrival to the Zihuatanejo/Ixtapa airport was epic, late afternoon is the most busy time for commercial flights and between our now 13 airplanes and half a dozen airline jets, some of us had to draw doughnuts in the sky for quite a while.

The last two days of the trip were designed with only one objective; relax and do nothing. Cala de Mar resort has beautifully appointed rooms, each with individual plunge pool and stunning views of Pacific Ocean. I am happy to report that we not only fulfilled, but also exceeded that objective – we stayed one extra day.

The price to pay was the return back home, perhaps foolishly I decided to do it in one day, about 1,650 nm, with landings in Los Mochis (fuel) and Calexico (fuel and immigration). That plan was only half stupid, but it became really crazy with 30 knots headwinds. I tried 10,500, 14,500 and 16,500, the ground speed remained stubbornly between 150 and 160 knots. We landed in San Carlos at 7 pm.