We started to plan for our next fun flying trip: Colombia, Ecuador via Central America in February 2018. 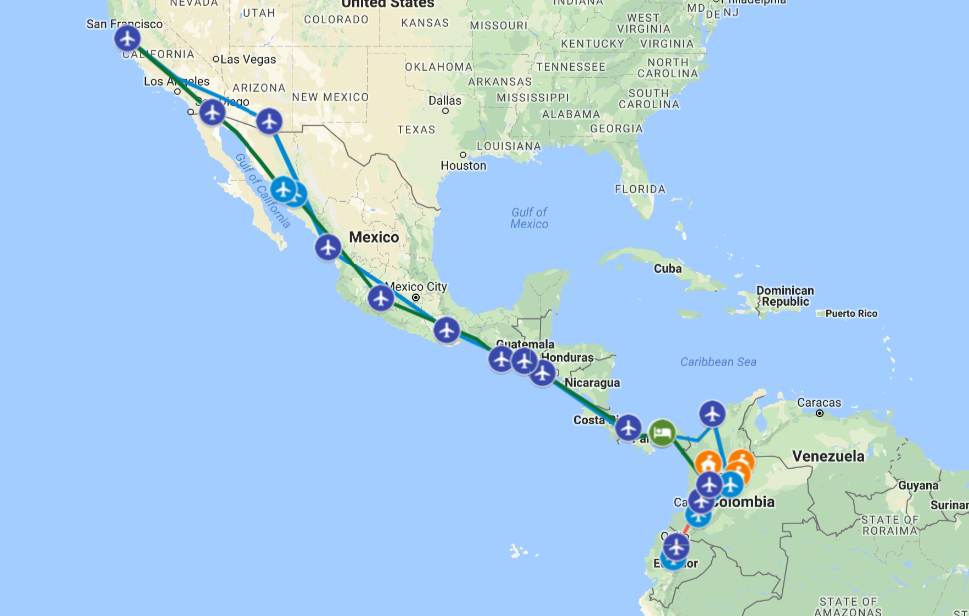 In a group of 3 Cirrus SR22 aircrafts, we will fly all the way to Quito, Ecuador and back. The whole trip will take 3 weeks and it is awfully hard to select places to visit – there are just too many of them. The overall plan is to fly first to Panama with minimum stops en route, that’s 3,000 nautical miles and it will still take us 2.5 days to get there.  While it would be possible to do it in 1.5 days, this is supposed to be fun. From that point on, we will slow down, spend 3 days in Panama City, 3 days in Cartegna in Colombia, followed by another 3 days in Bogota. Bogota main international airport accepts only commercial traffic, so we are landing in Guyamaral, in suburbs. After Bogota, we are stopping for one day in Popayan and Cali before flying to Quito, Ecuador.

To be more accurate, we are not going to land in Quito, but rather continue to Latacunga and drive back to Quito. That’s because the Quito airport doesn’t like small GA airplanes and charges $4,000 landings fees.  Suddenly, landing fees in Europe I was complaining about in the past don’t seem that high anymore. Since in Ecuador, avgas is only available in Guyaquil, we may have to stop there to fill up after Latacunga, if the winds are very unfavorable.

Returning from Ecuador, we will stop for couple of days in Pereira, Colombia, before heading back to Costa Rica and Guatemala. Final stop before the last stretch home will be in Antigua, near Guatemala City.

I flew to Mexico for the first time in 2005 and we’ve been flying there couple of times each year. Baja California is the closest real beach place from San Francisco and I am always surprised how many private pilots are apprehensive about visiting.

To help alleviate fears, I’ve been organizing Cirrus Owners and Pilots Association trips to Mexico for the last four years. In 2017, we had 22 airplanes joining us on a trip to Alamos, Sonora and to Manzanillo. In 2016, we visited San Miguel de Allende, Guajanuato, Morelia and Guadalajara. In 2018, we will be doing whale watching in Magdalena Bay and landing on some fun dirt strips.

End of November starts to be chilly here, meaning temperature may occasionally drop below 20°C, so to escape the freeze, we decided to spend Thanksgiving in San Jose del Cabo. There are two towns at the most southern tip of the Baja California Peninsula: San Jose del Cabo is a bit sleepy, Cabo San Lucas is a party town and there are plenty of resorts in between. Having already passed the prime of our party time, we decided for a more calm place, mostly because of a beautiful hotel that opened there recently: Mar Adentro. 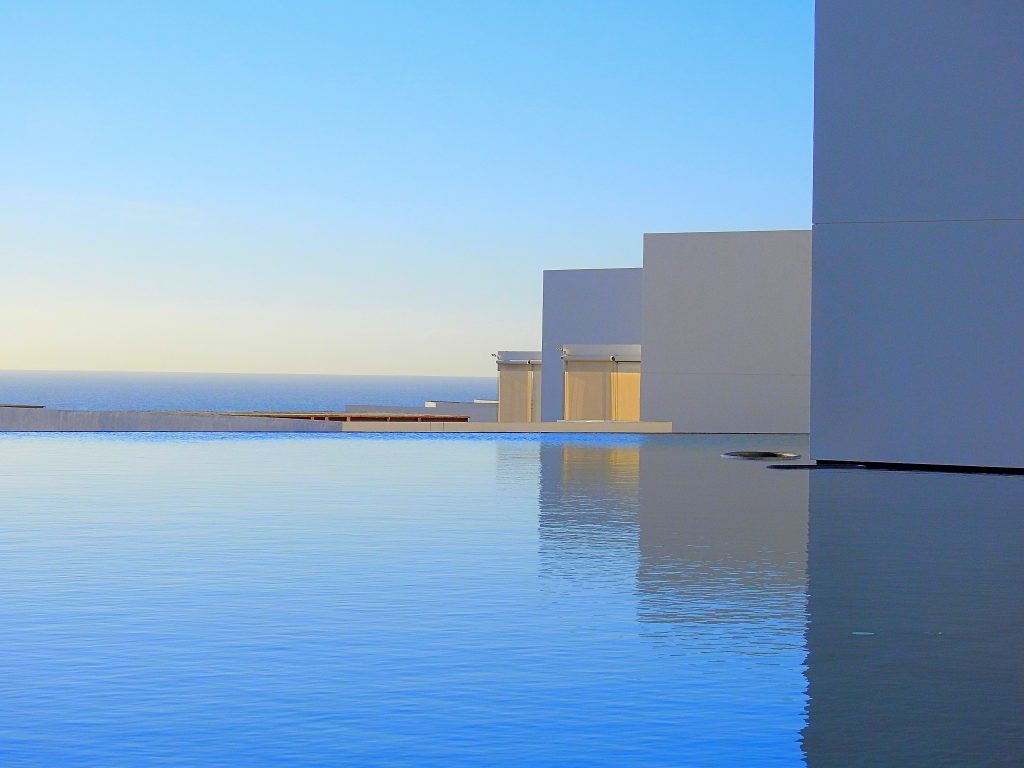 In 2014, we spent Thanksgiving in Acapulco in Hotel Elcanto,  built by the same architect: Miguel Angel Aragonés. This is a truly amazing place. We loved it so much that we stayed in the hotel all four days, without going to town even once! 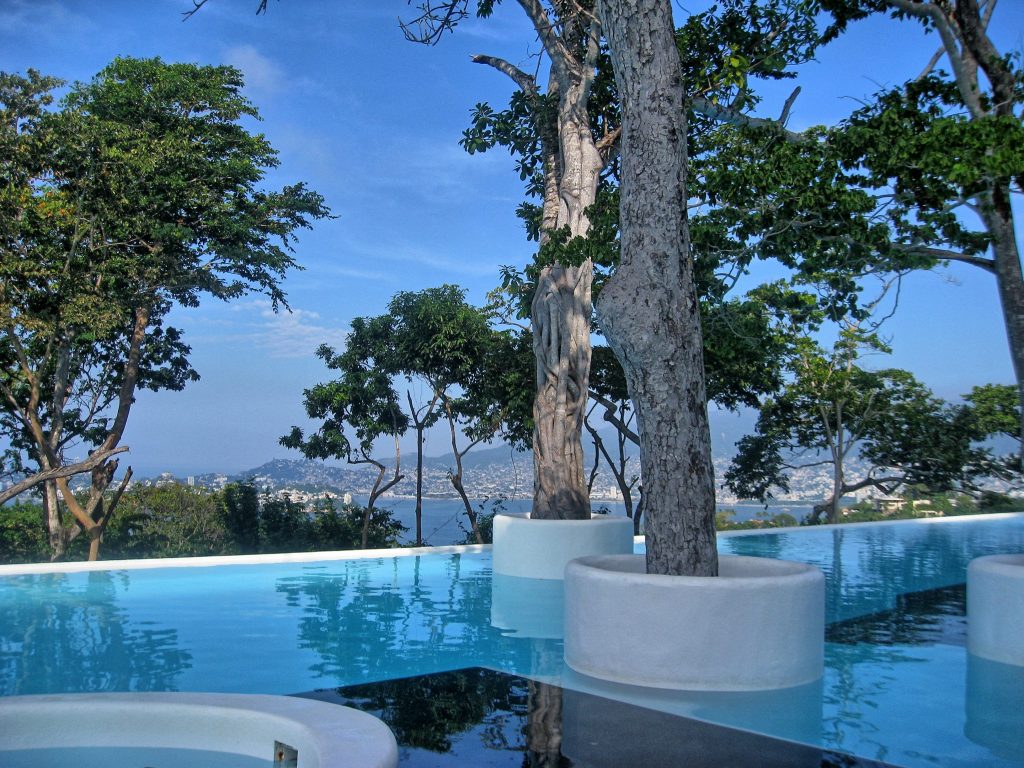 When we found that Aragonés designed another hotel in San Jose del Cabo, we had to see it.

The flight to San Jose was a bit longer than usual, because we first stopped in Santa Monica to pick up our daughter’s boyfriend. Both were coming with us for a short family reunion. This was right before shortening of the Santa Monica runway started, the first step in the city plan to shut down the airport. It is a shame that such a beautiful airport will close, only because malls and commercial real estate pays more in taxes than an airport. The city council conducted a shameful campaign under false pretenses.

We spent the night in Santa Monica and flew to San Felipe for customs, immigration and fuel. Airports in Mexico are known for their bureaucracy and I used to budget 1 to 1.5 hours for a stop. San Felipe is a notable exception, it took us 25 minutes to refuel and take care of all the paperwork and we took off for San Jose del Cabo (MMSD). This is the large international airport serving both towns, while the smaller (MMSL) caters mainly to private aviators. The incoming formalities were surprisingly simple: take your luggage and go. Well, almost, because I wanted to get fuel and it took a bit of time waiting for the fuel truck. 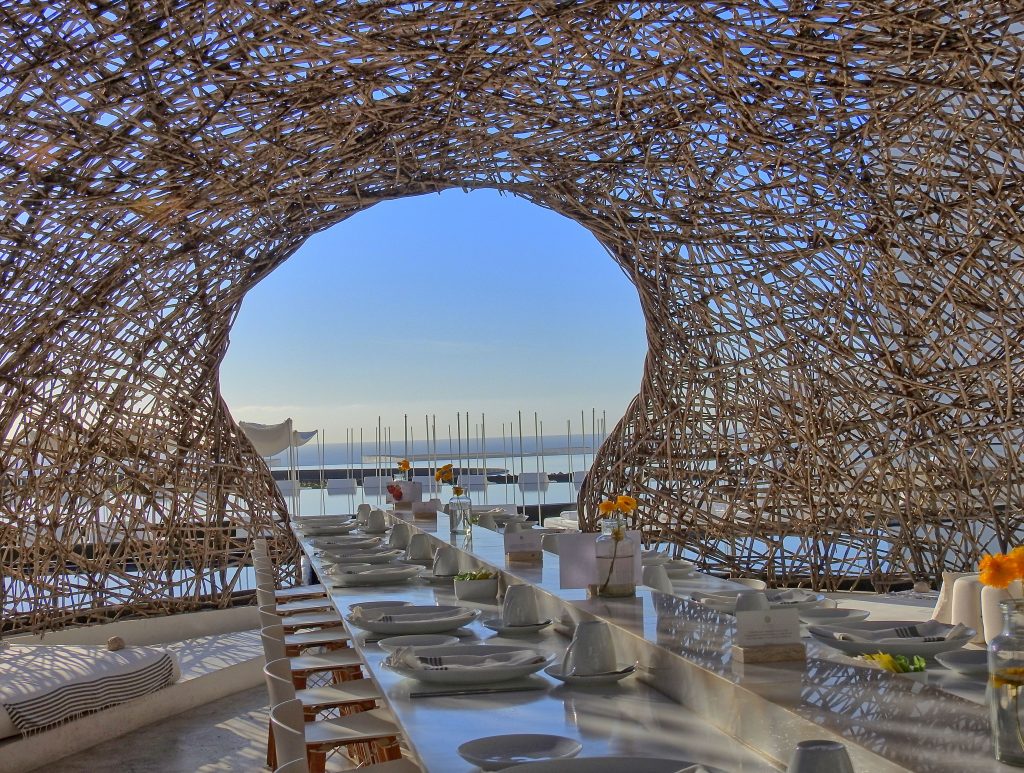 At night, the whole structure is illuminated in blue and red. At the bottom right, you can see El Nido at night, from high up. In between the buildings, there is water, with walkways connecting the hotel with the restaurant, pool and the beach. 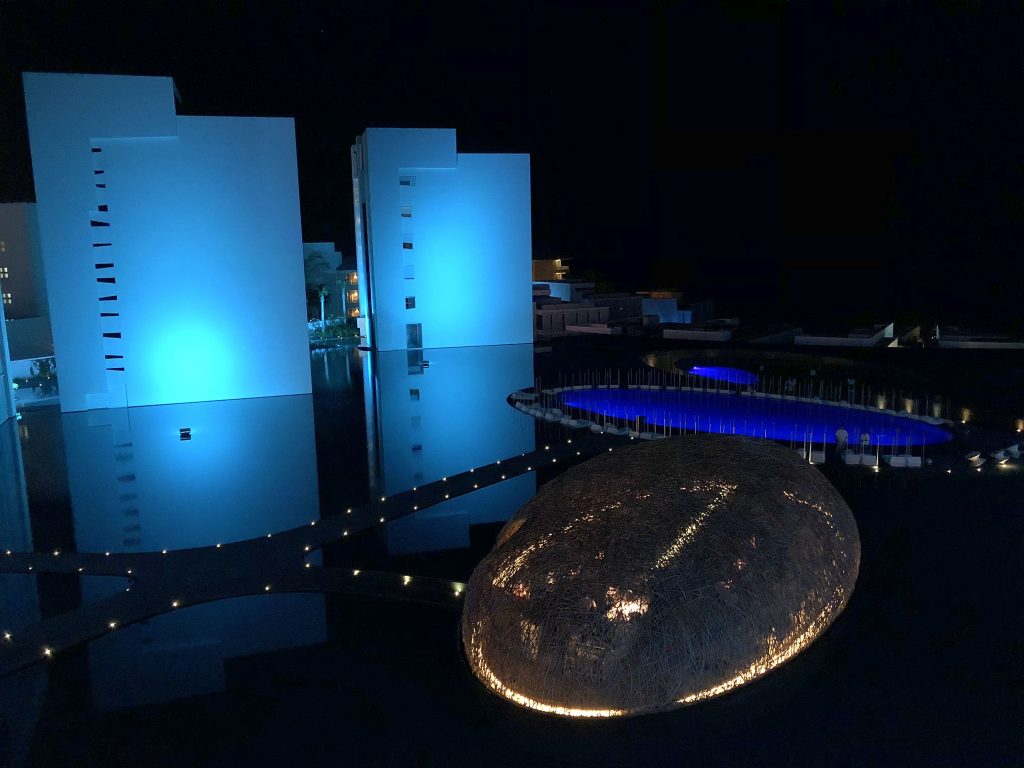 This time, we were going to town for dinners, San Jose has some great Mexican restaurants, for example La Panga Antigua or  Restaurante Mi Casa.

On Sunday, we drove back to the airport, took care of all the paperwork, which again was quite fast and took off for Loreto. Being four in the airplane, I couldn’t take full fuel and I didn’t have the range to fly back direct to San Diego. But the stop in Loreto was also fast and we took advantage of it to grab a quick bite, before continuing to San Diego, Brown’s Field (KSDM), than back to Santa Monica and finally home, San Carlos.

Yes, it would be faster to fly commercial to Cabo and less expensive, but we would miss amazing views of Baja California and the adventure of flying ourselves in our little travel machine. It is only 6 hours one way.