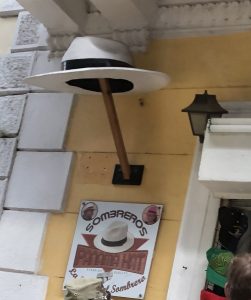 We spent 2 days, 3 nights in Panama City, staying in Villa Palma Hotel in Casco Viejo, the old part of the town, with narrow streets, impossible circulations, everything reachable by foot and amplified by he contrast with high rises of modern Panama city center across the bay. The first day we stayed at Casco Viejo, exploring it by foot, its various churches and museums.

For dinner, I stumbled upon a great restaurant called Caliope. It is on a second floor of an unmarked building and a bit hard to find,but the food was outstanding.

The second day, we took Uber to Miraflores Locks, to watch ships go through Panama Canal. There are three locks on the old canal, which can accommodate ships up to 108 feet wide. That leaves one foot buffer to the lock wall on each side. A sail boat and a cargo ship entered the first stage of locks, gate closed and the water level was lowered so that both ship could move the second stage to repeat the process and exit on the Pacific site. It is amazing that the system uses no power, it does use however prodigious amount of fresh water. 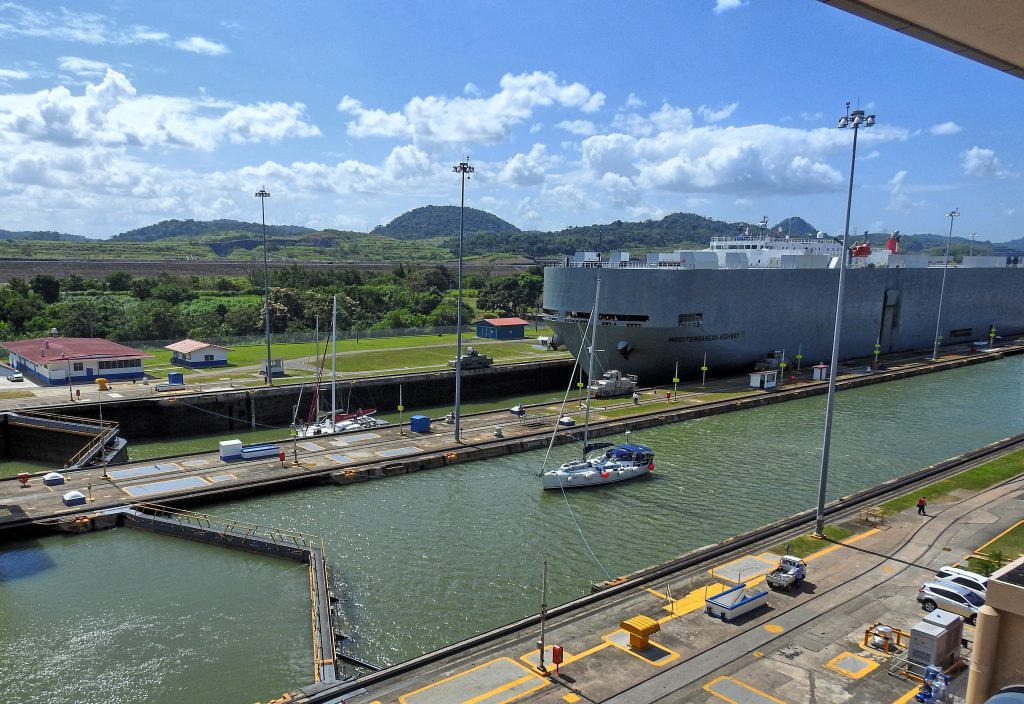 Remember that nose shimmy from my previous post? On the way back from the locks, we were passing by the airport and I listened to my friend Michael, who strongly suggested we check that out. We went to the airplane, removed the nose wheel fairing and had the local mechanic check the tension. There was none, the nose wheel was moving freely. It turns out that the cotter pin the nose wheel assembly was broken and the nut loosened. If unchecked, that could lead to loosing the fairing in flight, loss of control during landing or even nose wheel collapse. If you ever stop at Gelabert airport in Panama City, make sure to use Mapiex FBO, they were very helpful. 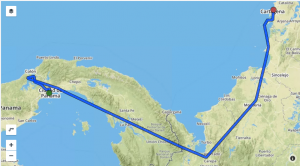 Departing Gelabert, we requested the canal overflight and we flew West toward Lake Gatun. Unfortunately, it was too hazy to take great pictures. It was an easy 2.5 hour flight to Cartagena and as usual we were staggered at altitude: Michael the highest at 17,000, I started at 11,000, but climbed to 15,000 and John staying at 11,000. Since not many people fly at those altitudes over here, ATC is usually quite accommodating.