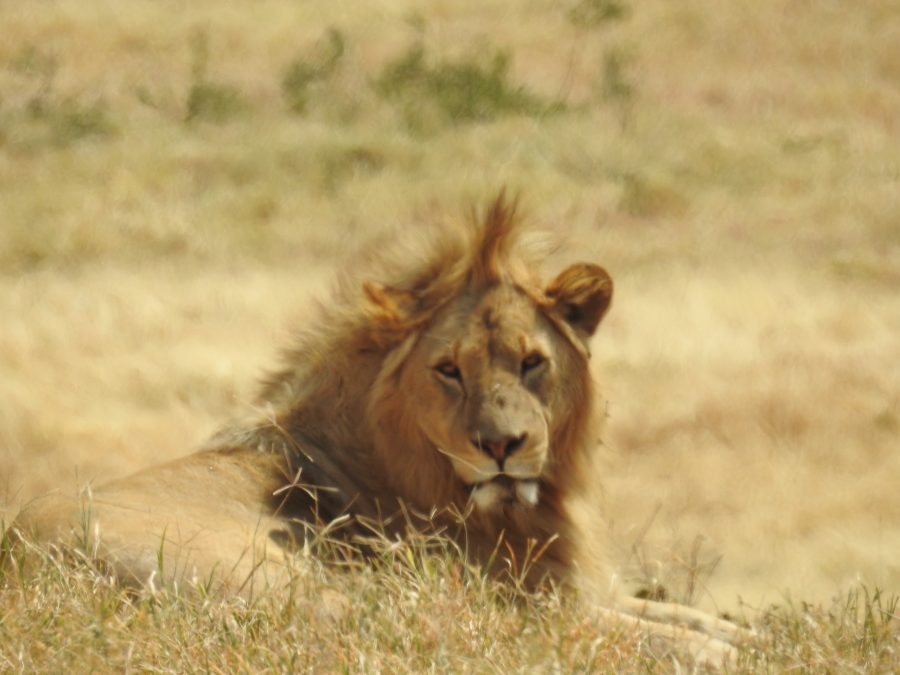 This is the second part of our East Africa trip, after flying from South Africa through Mozambique, we now traversed Tanzania from Zanzibar to Lake Victoria. We were a group of friends flying in Cessna 182 and 206 aircrafts.

Dar es Salaam TMA (terminal control area) extends 100 nm around the city, from 1,500 AGL to FL245. TMA is controlled airspace and you should theoretically be in contact with ATC to enter it. Well, good luck raising anybody more than 20 nm from Dar. The CTR (control zone) extends 15 nm from the airport and it is generally frowned, even in Africa, to fly there without clearance. I finally managed to talk to a controller, who tried to send me 20 miles east of the airport, which would 10 miles offshore. After a bit of negotiation, we got that down to 10 nm, which I arbitrarily reduced to 8, on account of unreliable navigation instruments. We still had to fly over water, the island of Zanzibar is 18 nm from the shore, but at least we didn’t spend more time than the minimum necessary. That big red circle on the left side, that’s a prohibited area HTP6(E). We didn’t need to fly through it, but I wouldn’t think twice about it if I had to.

Zanzibar is an interesting place. It used to be an independent country, before it merged with Tanganyika to form Tanzania. There are still very strong feelings on the island against that union, as explained to us by a guide who took us on the walking tour of the Stone Town. It is indeed a mélange, Arab, Black, European, Indian all mix together. The city is falling apart, but you see some nice renovated building and above all, you see a peaceful coexistence of these many different cultures and religions. We stayed at Zanzibar Serena hotel, a colonial building from the time gone, but well preserved. We went to Africa House for sunset cocktails and walked the town narrow street avoiding motorcycles and bicycles. One day was not enough to get a real feeling of the town.

As much as we were happy to arrive to Zanzibar after our magneto and starter problems in Mozambique, departure was a different story. It took over two hours and literally tons of money to pay for the required permits and file flight plan. Tanzania general aviation infrastructure is abysmal, you pay exorbitant fees in cash, because the credit card machines are usually broken, it takes hours to process, computers are down, employees barely move, in summary it is an aviation hell. We finally left to fly towards Moshi and Arusha to see Mount Kilimanjaro, but the visibility was about ten miles and we could hardly see anything. Half way through, we took a decision to fly direct to our destination, Ngorongoro Crater with an airstrip that is at 7,800 feet on the rim of the crater. I cajoled our 206 to climb to 8,000 and later to 9,000, which she did very reluctantly. The approach and landing were spectacular, with the crater caldera below us at 5,000 feet.

Ngorongoro Serena lodge is about 10 minutes from the airstrip. The hotel has amazing views on the crater, rooms are functional, each with tiny private balcony and the restaurant and bar remind a mountain resort. The next day we boarded safari cars for a game drive in the crater. It is hard to describe the combined effect of thousands of animals grazing around and crater rim looming above.

We saw lions, leopards, hyenas, elephants, rhinos, zebras, buffaloes and antelopes. At one point, two hyenas attacked a wildbeest (gnu antelope), which was trying to escape. Hyenas are normally scavengers, but they also attack live animals, they have extremely powerful jaws, second only to crocodiles. They managed to bite the wildbeest on the side, but it looked like that hunt might take a long time, when suddenly we saw two lions coming over. The wildbeest run towards the cars, which at this point were converging from all directions, so that the tourists could witness the killing. It didn’t take lions more than a minute to finish the wildbeest and they started to eat it, with by now about two dozen cars around. While it was fascinating, in perhaps morbid sense to witness the killing in nature, I couldn’t shake the sense of disgust having all of us congregating around to see the spectacle. Don’t watch the video if you don’t want to see a killing.

The next day we visited a Masai village. Masai are usually nomads, but that tribe settled in the current location and allows tourists to visit and photograph their village, in exchange for a fee of course. The huts were extremely primitive, it was hard to imagine people living in such conditions. They had sandals made of used tires and colorful blankets to guard against cold. The village chief was a young 25 old guy, who spoke very good English. At one moment we said something in French and he replied in that language. After the visit, we drove again to the crater for more game watching.

On Tuesday, we were planning to fly to Arusha, refuel, fly towards Mount Kilimanjaro and Lake Natron for sightseeing, but weather early in the morning was showing 2,000 overcast in Arusha, which soon turned into low level fog. Plan B was to fly directly to our next destination, Seronera airstrip about 60 miles away. We had enough fuel to reach it and to continue to our next fuel stop, Mwanza, but not enough for any sightseeing.

We thought that Seronera would be like Lumbo, no other airplanes around, but it turned out to be a very busy airstrip, with Coastal Air Cessna Caravans bringing in tourists to visit Serengeti. This was when we realized none of us had an idea what frequency to use to self-announce. On long final, a Caravan cut in front of me from left base and I had to do a 360 to let him land. After landing the pilot came to me and said he saw me on TCAS and he tried to talk to me. It turned out that uncontrolled fields in Tanzania use 118.2, which was something Marcus told us about in a pre-departure briefing, but we forgot.

We were picked up by cars from Mbali Mbali Soroi lodge, our hotel for the following three nights. We had a picnic lunch and went for a game drive on the way to the lodge. The lodge is located on a hill, with amazing views on the valley below. The staff told us that during the time when Migration passes there, which usually happens late June, early July, you could literally sit on the chair and see thousands and thousands of animals passing by. We were a month late, unfortunately. If you are planning to visit Serengeti, make sure to choose a lodge which is close to where Migration is when you arrive. In our case, the animals were already in Kenya and we missed it. In spite of that setback, we did go for game drives both days and saw giraffes, elephants, zebras, buffaloes, antelopes, lions, leopards and hyenas. Many times, the animals were couple of feet from the car.

Departing Seronera for Mwanza, we showed at the airstrip with all our luggage and were told we had to go through security check. This is a problem everywhere in Africa, and if fact the same was the case in Central and South America. They just don’t understand there is something like private airplane and apply the same security checks as for commercial flights. I simply refused to follow their admonitions and loaded two of our four suitcases into the airplane bypassing the security checks. A guard grabbed however the remaining two, opened them and started to check the content. He found a hair spray and triumphantly told Ania: “you can’t take it with you to the cabin”, to which she had a brilliant reply: “oh, don’t worry, this is in the checked in luggage”. The guy was so stumped, that he only managed to say: “ah, ok then” and off we went. This exchange wins the first price for absurdity.

After an hour flight to Mwanza, which is located at the shore of Lake Victoria, where we refueled and went through immigration and customs, we departed for our next destination, Kisoro in Uganda.

Great Apes in Uganda and Tanzania